No items found.
Go To Packages
Product is not available in this quantity.

Our mission is to accelerate the transition to quiet, zero-emission, electric aircraft through the preservation of existing aviation and urban air mobility infrastructure to enable safe and affordable aerial alternatives to ground transportation. 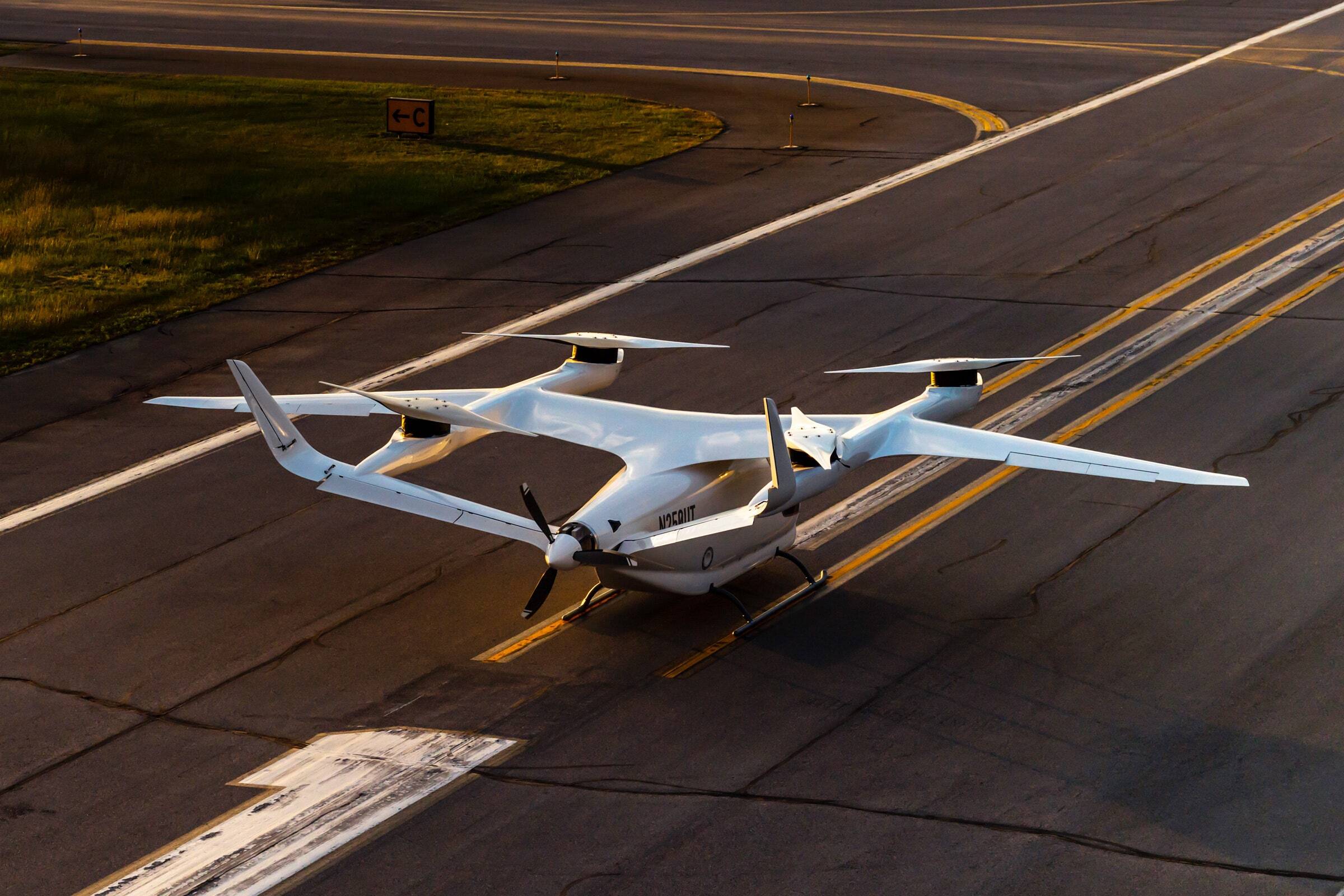 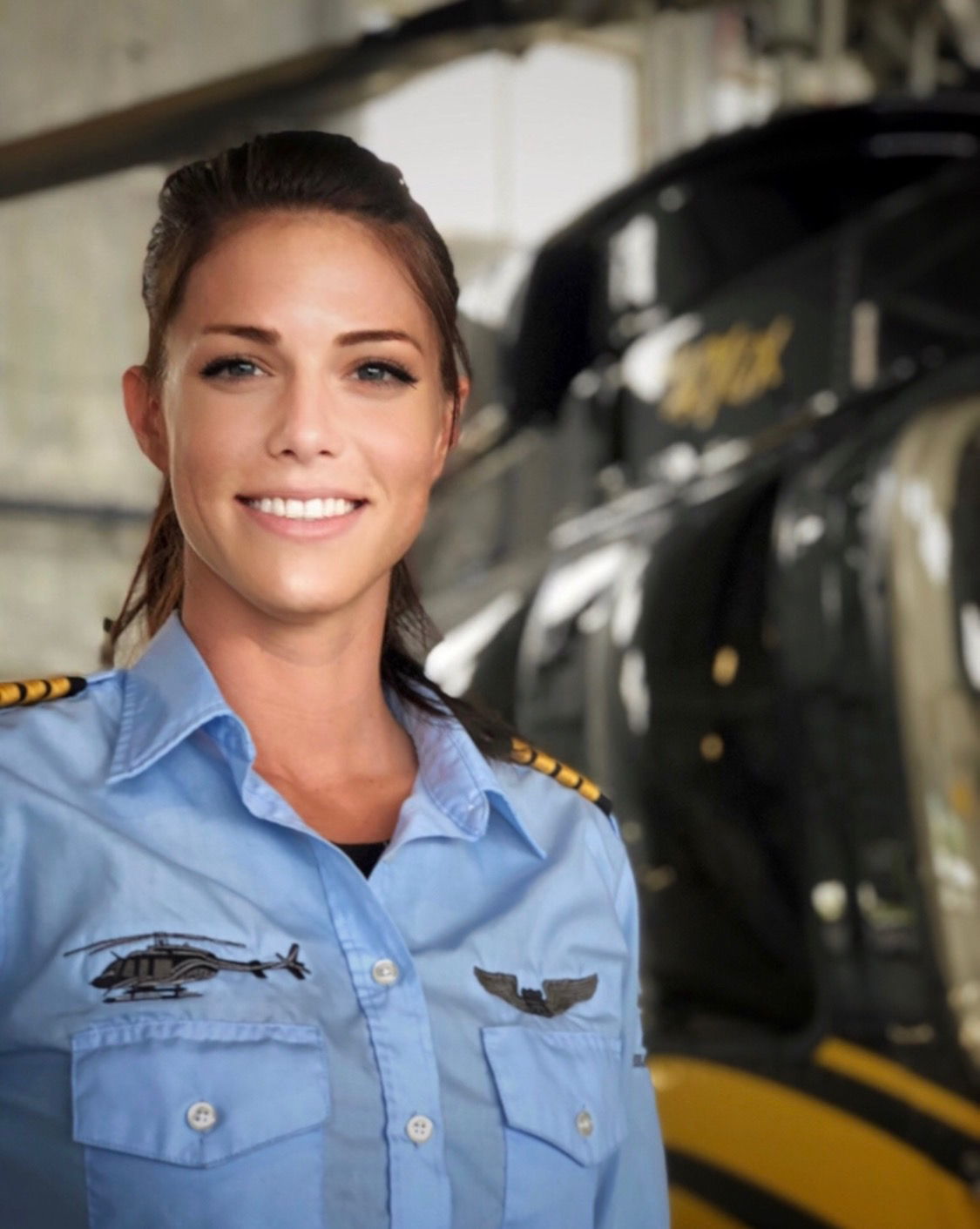 Autumn Cabaniss is an ATP-rated rotary wing pilot who has been flying on multiple platforms in the northeast for the better part of ten years and has demonstrated success in the development and execution of operations in high-profile transport and aeromedical evacuation. Autumn possesses comprehensive experience in fleet management, commercial aerospace, and regulatory compliance. She currently serves on the boards of the Eastern Region Helicopter Council and the International Women Helicopter Pilots Association—both of which are dedicated to promoting safe and efficient operations within the aviation industry, as well as collaborating with outreach programs to address residential concerns regarding helicopter and heliport issues. 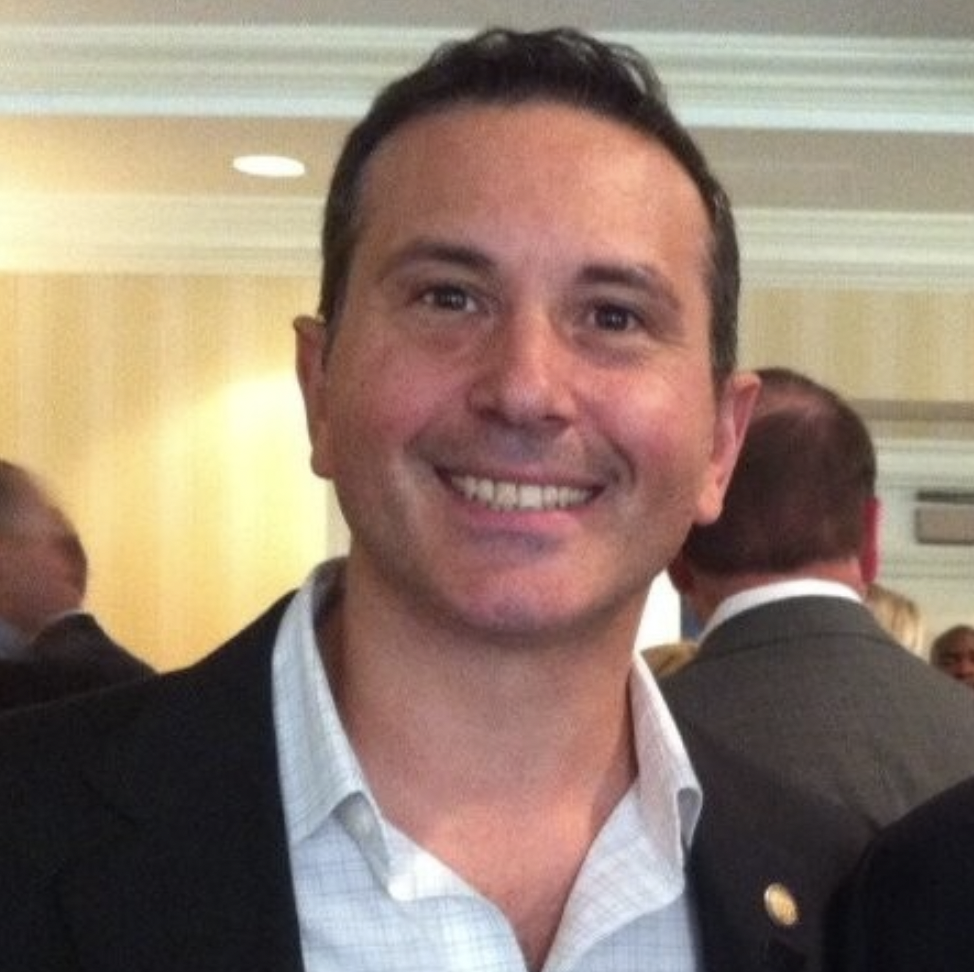 Ray Adams is the co-founder and Executive Director of the Urban Low Altitude Transport Association, a 501(c)6 nonprofit organization advocating for the Urban Air Mobility industry and is the founding principal of Low Altitude Operational Solutions, a boutique consulting company delivering deployment and integration services to manufacturers and operators of next-generation aerial mobility vehicles.

Ray brings over 31 years of aviation experience in air traffic management in the New York City metropolitan area, with the past 26 years as an air traffic controller at Newark Liberty International Airport and New York Air Route Traffic Control Center on Long Island. Working with the Federal Aviation Administration, Ray has become a subject matter expert in the development and deployment of a number of aviation modernization systems, ranging from data-link communications to enhanced GPS navigation systems and traffic flow management. He and his projects have received accolades from the highest levels of government and industry.

Ray has over 16 years of legislative and policy experience at the federal and state level and was recently appointed by New Jersey Governor Phil Murphy to the New Jersey Public Use Airports Task Force. Ray serves as an elected member of the Board of Trustees for the New Jersey Society for Environmental and Economic Development (NJ SEED) and the co-chairman of the New Jersey Group, a Washington, D.C. based nonprofit organization. He is a member of the National Air Traffic Control Association (NATCA), the Air Traffic Controllers Association (ATCA) and Vertical Flight Society (VFS). He has championed aviation safety interests on Capitol Hill and represented air traffic controllers in National Transportation Safety Board (NTSB) and other safety investigations.
‍
Ray served honorably in the United States Navy in air traffic operations during the Desert Shield and Desert Storm campaigns. 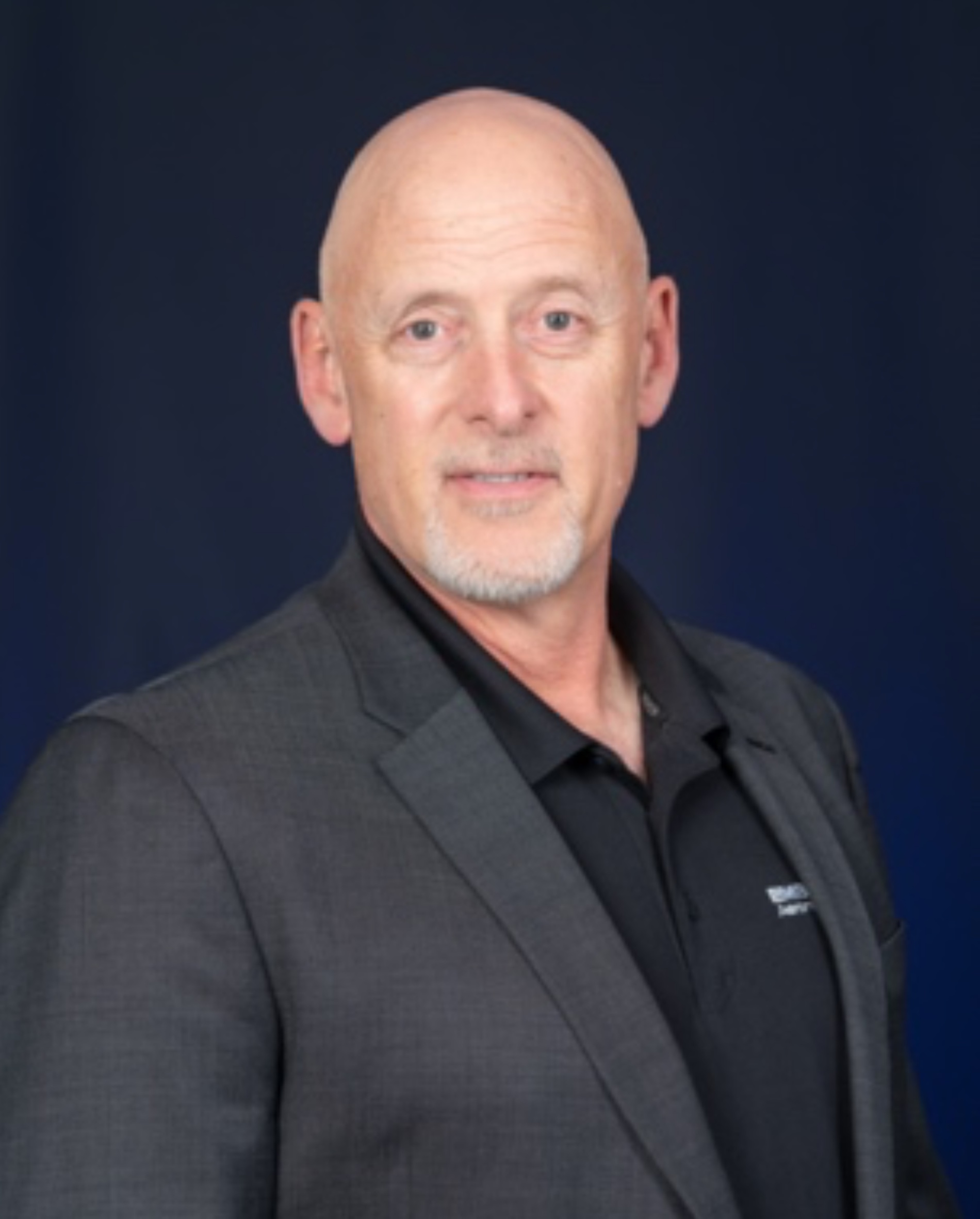 Dr. Burgess' 37 years of aviation experience includes both military and civil aviation organizations. He is a qualified pilot and instructor in numerous military and civilian helicopters, functioned several years as a WSO in the F-15E, and has flown and tested dozens of sUAS. Scott is also a Remote Pilot Instructor under an industry certification.

Scott began with ERAU Prescott in 1999, leading the Army ROTC detachment, authored a new rotorcraft academic/flight program (chairing for 5 years). At the Worldwide campus, Scott has chaired the largest university degree, and now works in the Department of Flight (UAS) at the ERAU Worldwide Campus.

Dr. Burgess began serving with the Helicopter Association International, advocating for collegiate rotorcraft education, helicopter safety advocacy, and later as a UAS advocate and serving, then chairing the UAS Working Group. In 2020, he was invited to serve as a special UAS Advisor on the HAI Board of Directors. 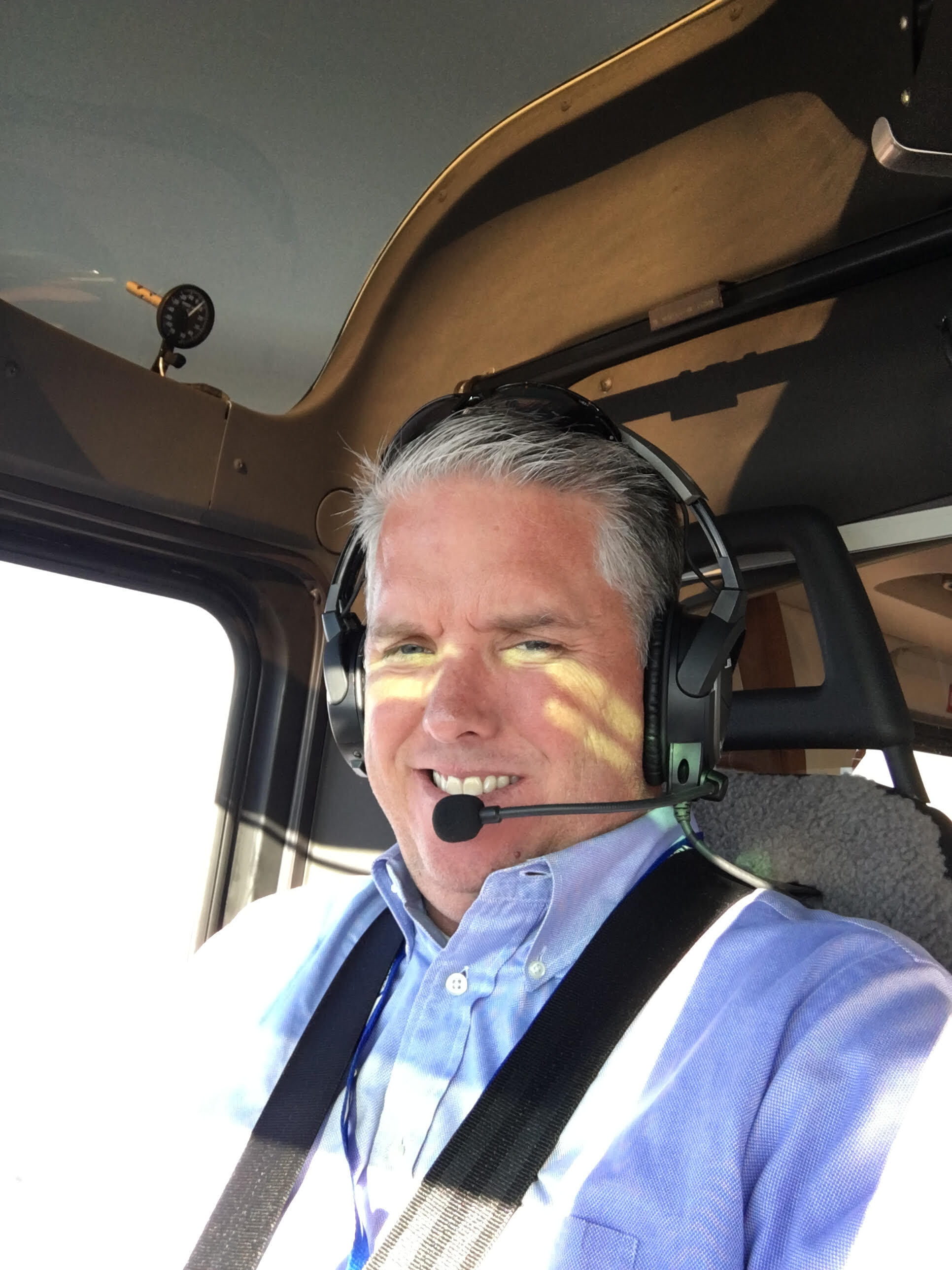 Jeffery Smith has been a member of the Eastern Region Helicopter Council for over 15 years, where he has served as Chairman, Director, and Vice President of Operations. Mr. Smith is also an active member of the Helicopter Association International (HAI), where he serves as Vice Chairman on the Board of Directors and formerly as Chairperson of the Fly Neighborly/Environmental Acoustics Committee. Further, Jeff is the Access Committee Chair for the National Business Aviation Association (NBAA) and was the Chairperson for the Federal Aviation Administration Ad Hoc Committee for Airspace Redesign and a member of the New York Task Force for airspace redesign. Smith has been awarded the coveted NBAA Silk Scarf Award and the Eastern Regional Helicopter Council (ERHC) Chairman’s Award for Excellence.

Jeff earned his Airman Certificate at Fort Rucker Army Base in Alabama and spent ten years in active duty on diverse missions across North and South America, Europe, and the Middle East, including Operation Desert Storm. Upon exiting active duty in 1997, he was placed in Individual Ready Reserve as a Chief Warrant Officer 3 (CW3).

Smith has flown over 10,000 flight hours, including more than 700 hours in Emergency Medical Service in both combat and civilian metropolitan environments. Jeff began in his career in civil aviation as a sightseeing pilot and has worked for several civil aeronautical companies, including Executive Airlines. In 2002, Smith started Integrated Aviation Group and was awarded a Part 135 IFR Certificate.

Jeff earned his Bachelor of Science in professional aeronautics from Embry-Riddle Aeronautical University. He is an FAA-licensed Rotary-Wing Airline Transport Pilot, ASEL Instrument rating and holds a Class 1 Medical Certificate with both Gulfstream 550 and AQ139 type ratings. He is married with seven children and serves as Treasurer of his children’s Parent Teacher Organization. 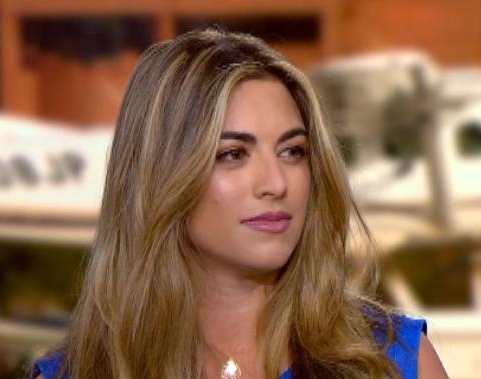 Melissa Tomkiel has served as the President of BLADE Urban Air Mobility, Inc. (“Blade”) since January 2021 and as General Counsel since February 2015. She was Blade’s President, Fixed Wing from 2015 to 2020. From 2010 to 2015, Ms. Tomkiel was President of LIMA NY Corp., a commuter air carrier operating amphibious seaplanes and rotorcraft. From 2006 to 2010, Ms. Tomkiel was an attorney at Pryor Cashman. Ms. Tomkiel has a J.D. from St. John’s University School of Law and a B.A. from the University of Notre Dame. 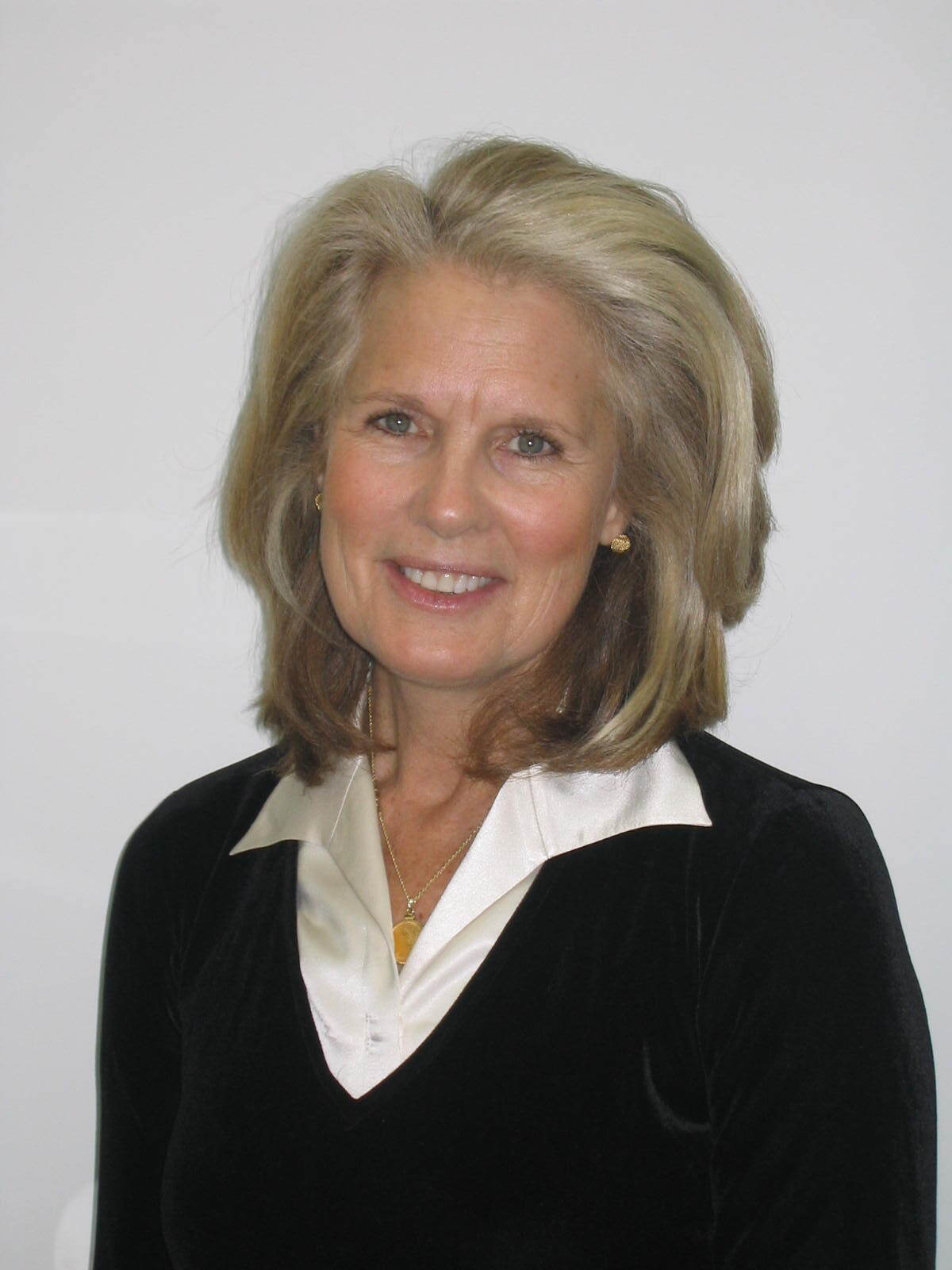 Patricia Wagner has managed heliports for nearly forty years and is the General Manager for Atlantic Aviation’s East 34th Street Heliport (6N5), located on Manhattan’s waterfront on the East River. Pat also acts as Atlantic Aviation’s Advisor on Helicopter Infrastructure and Operations, with a focus on future partnership ventures for electric vertical transportation throughout the United States. Since 2010, Ms. Wagner has served as both the Chairman of the Eastern Region Helicopter Council’s Heliport Committee and a member of Helicopter Association International’s Heliport Committee. Ms. Wagner also worked on the task force for the Helicopter Noise Committee, originally founded by then-New York City Council member Gale Brewer. She now acts as a representative of the New York City Economic Development Corporation and as a consultant on the opening of the Irvine Station Vertiport in California, which is currently in the permitting process.

This product is out of stock.
Product is not available in this quantity.

Study hard what interests you the most in the most undisciplined, irreverent and original manner possible.

Do You Provide Customer Support?

Don’t take too much advice. Most people who have a lot of advice to give — with a few exceptions — generalize whatever they did. Don’t over-analyze everything.  I myself have been guilty of over-thinking problems. Just build things and find out if they work.

What is the Benefit of Monthly Plan?

The stars will never align, and the traffic lights of life will never all be green at the same time. The universe doesn’t conspire against you, but it doesn’t go out of its way to line up the pins either. Conditions are never perfect. ‘Someday’ is a disease that will take your dreams to the grave with you. Pro and con lists are just as bad. If it’s important to you and you want to do it ‘eventually,’ just do it and correct course along the way.

What do you need to start a business? Three simple things: know your product better than anyone, know your customer, and have a burning desire to succeed.

How Much Traffic can the Hosting Handle?

Do You Have Any Questions for Us?

Can i use webflow in this plan?

is webflow a good feat for your campaign?

HOW TO FIND US

Thank you! Your submission has been received!

Oops! Something went wrong while submitting the form